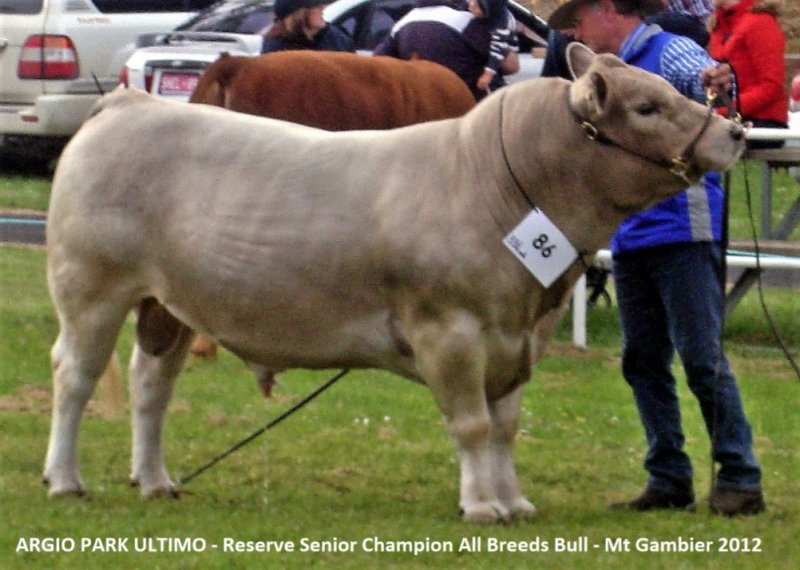 Mo, Reserve Champion Senior All Breeds Bull at the highly regarded Mt Gambier Show, was selected in the front line of a very large class, ‘Bulls Suitable for Siring Vealers’. The judge, announcing place winners, apologised for not including him – he’d ‘had to go with the bigger breeds which would produce more $’s per acre’! His comment raised a few eyebrows amongst those who knew better!

A multiple country championship winner, his is a regretful sale, but we have his heifers and there’s a limit to the number of bulls on a smaller property.
Other stud & commercial cattle also for sale.