Origin & HistorySquaremeaters2017-05-26T09:36:52+10:00
Square Meaters, a home grown success story which owes its origins to Australia’s first developed beef breed, and its future to the pursuit of new levels of efficiency in premium beef production.

The story of Square Meaters actually began early last century when a line of grey calves were born at the Sutherland family’s Thologolong property in the Upper Murray. Thanks to the determination of Ena Sutherland and her daughter-in-law Helen these curious grey cattle descended from a roan shorthorn cow and a series of different angus bulls and were line-bred rather than slaughtered. Over time they earned a reputation for their quick growth, superior feed conversion and carcass merit. In the early 1960’s the Murray Grey Beef Cattle Society was formed to register the cattle, and to administer the breed.

The arrival of European breeds of cattle in the 1970’s and 80’s had a dramatic impact on the Australian cattle industry. Within only a few generations the early maturing types which had so dominated the sector for so long had given way to much larger animals which took longer to finish for market. Ironically a breeder who had helped drive that ‘bigger is better’ mantra, Rick Pisaturo, would also be one of the first people to see some flaws in the sizing up of the herd. 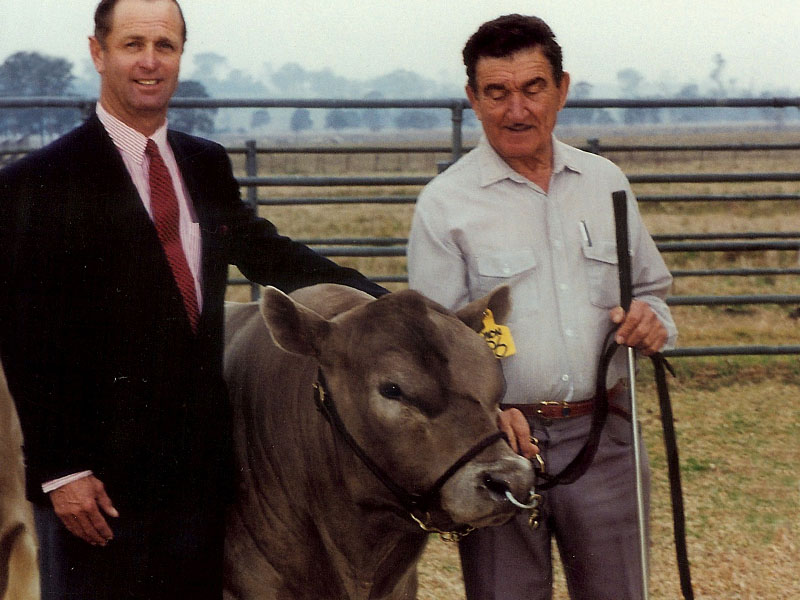 In the early 1990’s Mr Pisaturo determined that a market existed for a specific type of beef animal – a breed that was fast growing and well-muscled and most importantly early maturing. By the meticulous selection of older style Murray Grey bulls and females he produced the world’s first Square Meaters calves at his Mandalong Stud in 1994.

After the 2nd World War, the Americans decided to go for compact cattle. The results – they got too small. With the introduction of continental cattle, cattle spread around the world, with long legs and very slow maturing. I learnt from customer’s demands at my two butcher shops that they were looking for, a smaller cut and tender quality.
I began to wonder how to put together a breed to suit this niche market. In 1993 I decided that only through selection with the Murray Grey I could produce the carcase the local market wanted. I developed the Square Meaters with traits that included:

The breed is now well established across Australia with outstanding achievements in steer and carcass competitions and proven success in commercial operations.
Early representatives of the breed (photos courtesy of Ric Pisaturo) 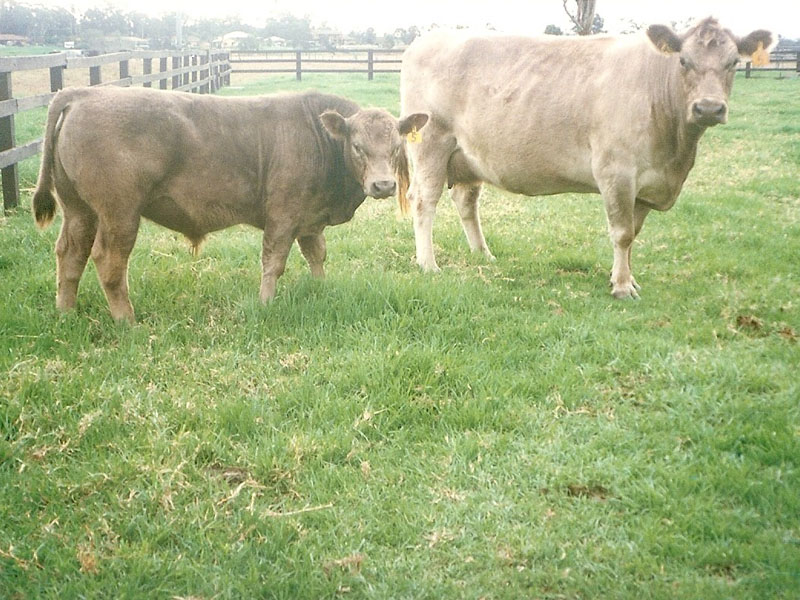 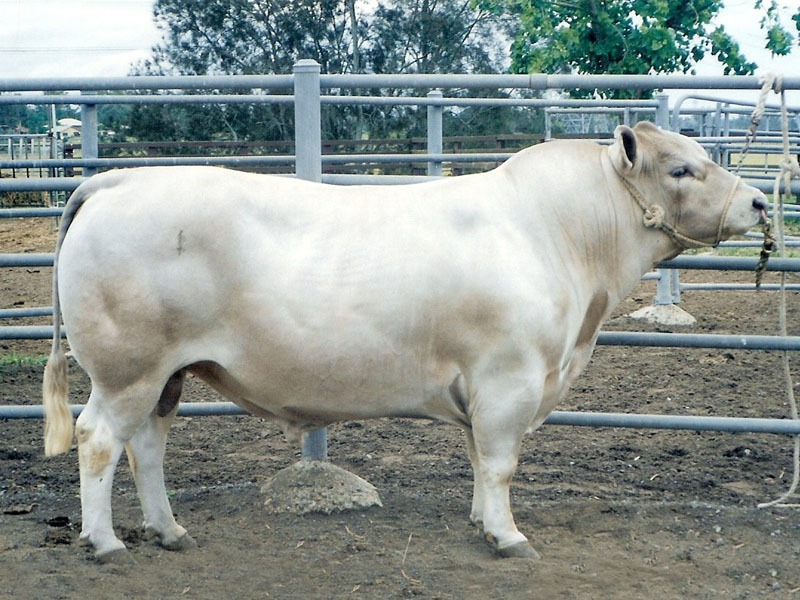 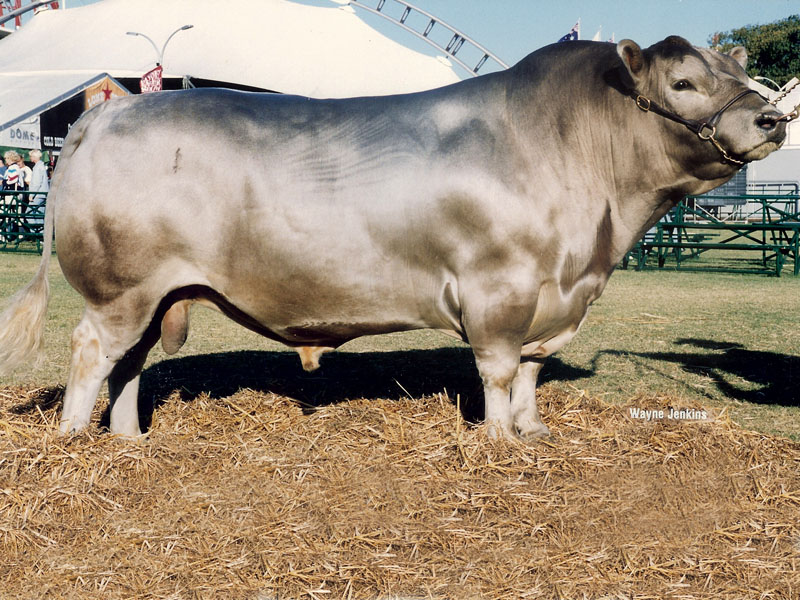 So exactly what is a Square Meaters?

Characteristically a mature Square Meaters female will weigh around 450 kgs and be around 125 cms tall at the shoulder. She will be silver to grey in colour and polled, have a deep well-muscled body and will produce her first calf at around 2 years of age. She will have a good udder and a plentiful milk supply. Her calves will be born small but show explosive early growth to weigh between 250 and 300 kgs at weaning. From only a few weeks of age they will exhibit a characteristic ‘rounded bum’.

A mature bull will weigh around 800 kgs and will stand around 130 cm tall. He will have a deep, long, thick and muscular body on relatively short legs. Despite this shortness of leg Square Meaters bulls can easily serve larger frame females in commercial crossbreeding situations. Mated to females of any breed he will produce progeny with lower frame scores and increased muscling which will be able to be finished to market specifications at a relatively young age. He will also genetically dehorn his calves and give them calmer natures which make them easier to handle.

The Square Meaters are a measured breed. Registration of stud males requires that at 12 months of age bulls cannot be less than 103cm and not more than 113 cm at the shoulder. Females which measure between 100 and 110 cm at the shoulder can be registered as class “A” stud females. This regulation is aimed at providing a safety net against animals becoming too small or regressing back to taller, slower maturing characteristics.